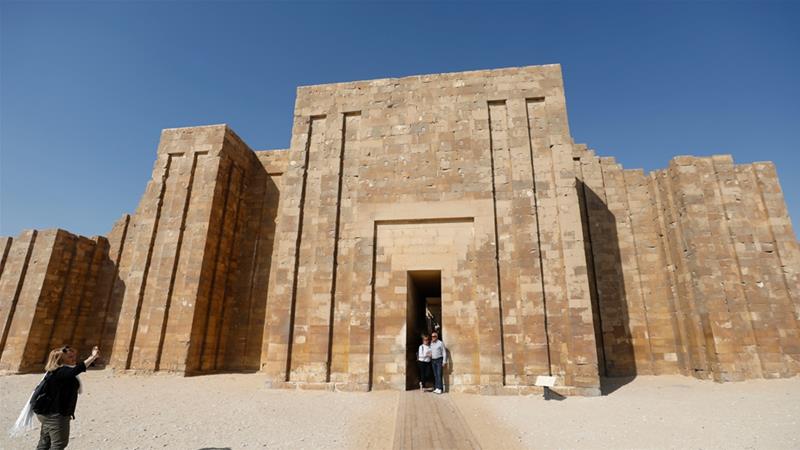 Egypt reopened the first pyramid ever built, the Pyramid of Djoser on Thursday after a 14-year restoration costing nearly $6.6m.

The pyramid is a recognised World Heritage Site by the United Nations Educational, Scientific and Cultural Organization (UNESCO). It was constructed 4,700 years ago during the era of Pharaoh Djoser, one of ancient Egypt’s Third Dynasty kings.

The pyramid faced decades of neglect and the risk of collapse which led the Egyptian government start an ambitious project to restore the structure, also known as the Step Pyramid, to splendour in 2006.

At the opening on Thursday, the Antiquities and Tourism Minister Khaled El-Enany said: “We completed the restoration of the first and oldest pyramid in Egypt, that of King Djoser, the founder of the Old Kingdom”. El-Enany added that it is the first building in the world made entirely of stone.

The structure of the pyramid was designed by Imhotep, described by some as the world’s first architect.

Restoration work stopped in 2011 after Egypt’s popular uprising that toppled long time president Hosni Mubarak but resumed at the end of 2013.

Djoser’s Step Pyramid, the first large-scale stone construction in history and the largest pyramidal funerary complex, is located at Saqqara archaeological site in the west of Cairo.

The 60-metre-high pyramid consists of six stacked steps over a burial shaft tomb that is 28 metres deep and seven metres wide.

The reopening was attended by the Prime Minister of Egypt Mostafa Madbouli as well as foreign ambassadors.

The Prime Minister said his government is working hard to build a new Egypt and the restoration of our heritage is at the top priorities.

Experts also restored the sarcophagus of King Djoser within the pyramid and the walls of the burial shaft tomb.

Egypt has touted a flurry of archaeological finds in recent years, in the hope of boosting its vital tourism sector, which has suffered multiple shocks since the 2011 uprising.

Get the latest news, straight to your inbox.